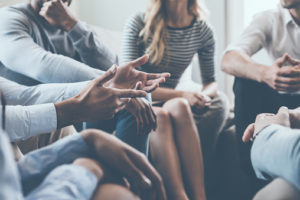 The Nova Scotia mental health and addictions plan noted that 70% of mental illnesses begin before the age of 25, and early intervention can prevent bigger problems later in life. As such, one of the action points is to screen every child in Nova Scotia at 18 months of age to hopefully pick up any developmental delays to help foster a healthy childhood. Strongest Families, a 12-week phone-based program for children with behavioural problems that has already been implemented in some areas of the province, will be expanded throughout the province. SchoolsPlus is a service offered in 79 schools where children have access to mental health professionals at school.

One of the biggest difficulties facing Nova Scotia mental health and addictions is expanding services to reduce wait times. Choice and Partnership Approach (CAPA) is supposed to see patients shortly after being referred in order to match them with the treatment they need. However, the action point does not adequately explain how this program will be faster than what is currently in place. There are not enough drug and alcohol rehabs to send people to in Nova Scotia. Peer support for those leaving a mental health or addiction treatment program in hospital and transitioning back to their regular life is suggested. Perhaps sober living housing units in underserved communities would be better suited to aiding a successful transition. There are a few more action points that are good ideas, such as more family support for those caring for people with mental illness or addictions. However, it seems to shift the burden of care from provincial structures to families and does not address wait times. Expanding the current toll-free line for the province so it is 24/7 is a good step forward though, as many in rural areas lack out of hours care.

Most of the provinces we have looked at so far pay lip service to wanting to expand ‘cultural competencies’ and serve marginalized populations. However, Nova Scotia has some concrete ideas that if successful could truly make the mental health and addictions field more diverse and able to care for all its citizens. The committee suggests creating diversity implementation groups that are made up of the diverse populations themselves (LGBTQ, Francophone, First Nations, African Nova Scotians etc) to create guidelines on how best to deliver mental health and addiction services and programs. Most interestingly and different from the other provinces is that Nova Scotia is actively recruiting and promoting mental health and addiction careers within these diverse communities so that healthcare providers begin to mirror the true face of Nova Scotia.

The committee suggests improving access to housing, better support in the community, and bridging the gap from corrections to community life. These are all good suggestions but do not go into detail about how these will be attained.

Many provinces have said they will do large media campaigns addressing stigma which while commendable, have not really been able to demonstrate the efficacy of these often costly campaigns. While Nova Scotia does suggest doing something similar, they also have another idea that will likely help their mission more. An action point addressing the media itself and its reporting on events. The committee recommends that reporting guidelines developed by the Canadian Psychiatric Association be distributed to the media to improve the use of respectful language and discussion of mental illness.

On Shorter Waits, Better Care, Nova Scotia has vastly improved with child and youth waits down from 501 days to 118 days. Adult wait times are higher but have also seen drastic improvement from 442 days to 273 days. Strongest Families is now province-wide and went from serving 320 families to 900. 50 schools have been added to the SchoolsPlus program, meaning 40 000 students grades primary to 12 have access to mental health professionals at school. The crisis line is now 24/7 across the province, and Nova Scotia is the first province to adopt the Psychological Health and Safety in the Workplace Standard. While there are more than a few action points that have not been started or achieved in full yet, the province seems to be forging ahead with its action points as well as looking to adopt other programs both in Canada and internationally to innovate its mental health framework. The Nova Scotia mental health and addictions plan is one of the most comprehensive we have reviewed to date and we look forward to further progress updates. If you are Nova Scotian and looking to access some of the programs discussed, contact our specialist for help.