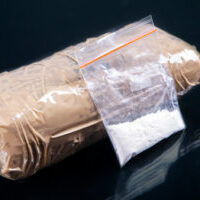 Researchers at the University of Chicago have released a study that outlines how a new gene therapy has the potential to squash cravings and protect against overdoses in regards to cocaine use. There is an enzyme found in blood plasma that breaks up cocaine into harmless byproducts. However, the enzyme is not potent enough in its naturally occurring form to help those who have cocaine problems. The researches rewrote DNA in mouse skin stem cells to create an enhanced enzyme that is 4,400 times more potent than its natural state. These genetically engineered stem cells are called organoids. They are implanted under the skin where they then release the enzyme into the blood.

The research team has done tests on mice who received the organoids. These mice survived overdoses of cocaine that killed other mice who had not received organoids. The test mice also no longer had an interest in cocaine. The enzyme effectively removes cocaine from the system so the animal no longer gets the high that attracted them in the first place, and also means they cannot overdose and die. The implications for humans are huge. Removing illicit and/or unsafe drugs from the body as soon as they are taken in could save untold lives.

Lead researcher Ming Xu said lab studies suggest that similar organoids could be implanted in humans and release the special enzyme for 20 to 30 years. Rather than a short-term intervention, this gene therapy could be the long-lasting aid for those who struggle with cocaine. The research team is also tackling other substances with genetically-engineered cells. Alcohol, nicotine, and opioids are all being researched in a similar manner, hopefully, we will be able to provide updates on these soon. If you are looking for drug rehab or alcohol treatment in Canada contact our specialist for personalized help.